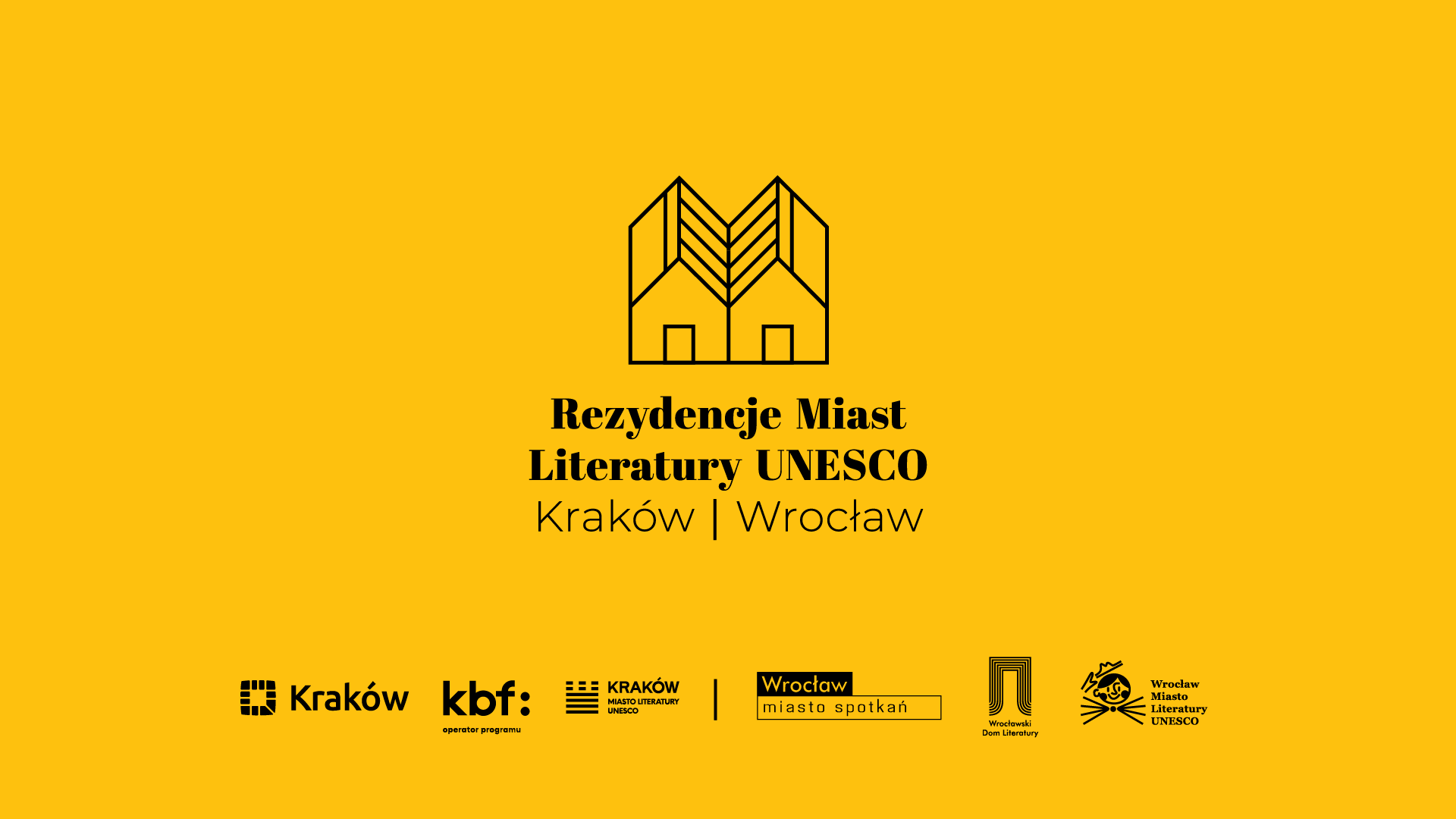 
Open call for the first edition of joint residences of two Polish UNESCO Cities of Literature - Kraków, and Wrocław has ended. The residency was dedicated to authors after the debut, with no more than two bookes published.

Beata Szady, a reporter, and journalist, author of two non-fiction books, will spend May in Krakow. At the same time, Wrocław will host Barbara Sadurska, a prose writer whose debut "Mapa" was awarded, among others, by The Gombrowicz Award.

Barbara Sadurska – graduated in law (2001) and Polish studies (2000) at the Jagiellonian University. She completed post-graduate studies – at the Institute of Intellectual Property Law of the Jagiellonian University (2006), as well as Information Society at the Faculty of Physics, Astronomy and Applied Computer Science of the Jagiellonian University (2008). She works as a specialist in copyright contracts. In 2018, she received the main prize in the competition of the International Short Story Festival (MFO) in Wrocław. Moreover, she won the 3rd prize of the Drama Agency and the Polish Radio Theater for the script of the radio play “Wszystko takie smutne” (directed by Janusz Kukuła, starring Wiesław Michnikowski) and the 2nd prize of the Polish Film Institute in the Trzy Korony competition. Małopolska Film Award for the script of the feature film Thumbelina. In 2019, her debut book “Mapa” (Nisza 2019) was published.

The residency program in Kraków and Wrocław aims to provide young authors with convenient conditions for creative work and to integrate literary communities from the capitals of Małopolska and Lower Silesia regions.

The residences are not the first common literary project of Kraków and Wrocław. In 2015, both cities organized a joint stand as honorary guests of Salon du livre in Paris - the largest book fair in the francophone world. They also cooperate within the ICORN International Network of Refuge Cities, offering asylum to persecuted writers, and from 2020 together they are patrons of Passports of "Polityka" award in the Literature category.

RESULTS OF AN OPEN CALL FOR LITERARY RESIDENCIES in Warsaw

Call for applications for the translator’s residency is now open.