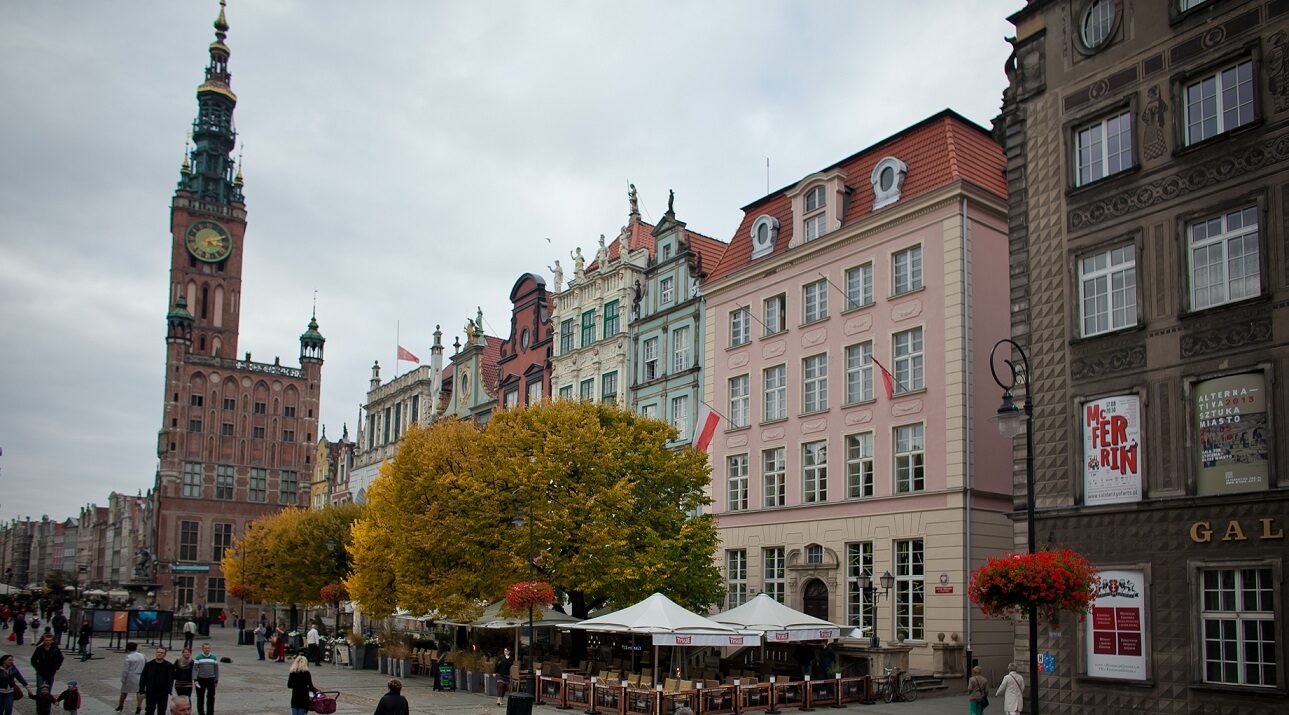 One thing is certain – once you come to Gdańsk, you are going to find much more than just your story. Located between the edge of steep hills overgrown with beech forests and hidden behind a belt of sand dunes along the beaches on the Baltic Sea, the city offers a truly varied and diverse landscape. The metropolis has a lot in store to offer to a visitor – historical monuments, several universities, numerous museums, art galleries and theatres, including the Gdańsk Shakespeare Theatre, which hosts an annual international festival. The historical heart of the city is dotted with rebuilt frontages of 17th-century townhouses, red brick churches originally built in the Middle Ages, stoops adorned with gargoyles, along with small amber jewellery stores – one could not imagine a better backdrop for weaving magical realism stories and tales. The city welcomes visitors with old, silted-up canals, bastions overgrown with grass, a medieval abbey and cathedral in the Oliwa district with a classical park – even a manor house, where Arthur Schopenhauer lived through his childhood years. The townhouses built in the early 20th century and the backyards in the Wrzeszcz district can give you the opportunity to follow in the footsteps of protagonists made famous by the novels by Günter Grass, which draw their originality from the artistic vision of the spaces of former Danzig and the complex links and relationships between Poles, Germans and Kashubians, who lived in the city before war upended their lives. These days, both cities – the pre-war German Danzig and the contemporary Polish Gdańsk – overlap, and if you pay a visit to the surviving old suburbs you can read the history of the city like a palimpsest, following the trail of the old signs, which can be seen through the fresher layers of paint.  It is no wonder that prominent Polish writers like Paweł Huelle and Stefan Chwin decided to pay a tribute to these outdoor scenes in their works. The city also offers post-industrial spaces surrounding its shipyards, along with modern housing estates featuring half a mile-long wave-shaped blocks of flats and impressive murals in Zaspa. Perhaps it’s time for you to leave your literary trace here?

We are a cultural municipal institution based in Gdańsk organising events in the urban space, researching culture, inspiring and supporting the cultural sector in the city and the region. We publish books and organise two literary festivals – the European Poet of Freedom and Gdańsk Literary Meetings ‘Found in Translation’. As an institution we support open culture, available for the residents of the city and created by them.